At Xerox, innovation is our foundation for success. Academic organizations play an important role in the long-term strategic interests of the company by furthering scientific research and training the next generation of scientists. This is why the Xerox Foundation supports many such organizations, including University of Rochester and University of Rochester/Wilmot Center; Rochester Institute of Technology; New York Hall of Science; and Polytechnic Institute of New York University.

The Xerox University Affairs Committee, which consists of a dozen Xerox scientists from around the world, recommended grants worth more than $1 million to university science programs.

Forty-one grants championed by Xerox scientists in the United States, Canada, the United Kingdom and China went to 41 different universities, 13 of which are located outside the United States. As a result of the program, Xerox hired three graduate students and hosted nine interns in 2013. Our scientists and the professors we funded co-authored and published 34 research papers in leading academic journals. In all, Xerox hosted 39 visits to our Webster, New York campus and made 67 visits to universities around the world. 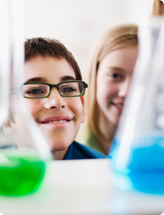 We’re Growing Interest In Science, One Classroom At A Time.

Caring For Communities |Science and Technology

Every year, Xerox scientists, engineers and researchers visit 25 schools throughout the Rochester community to expand children’s interest in science. The youngsters also visit our Webster, New York campus. On Science Challenge Day, student entrepreneurs pitch ideas to judges of the Invention Convention. The Xerox Science Consulting Program is 46 years old and plans to expand in the future. 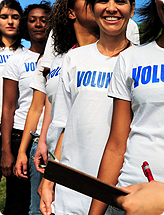 We were honored with a 2013 Social Responsibility Award.